7 Friendly Pieces of Chess Advice You Should Never Take 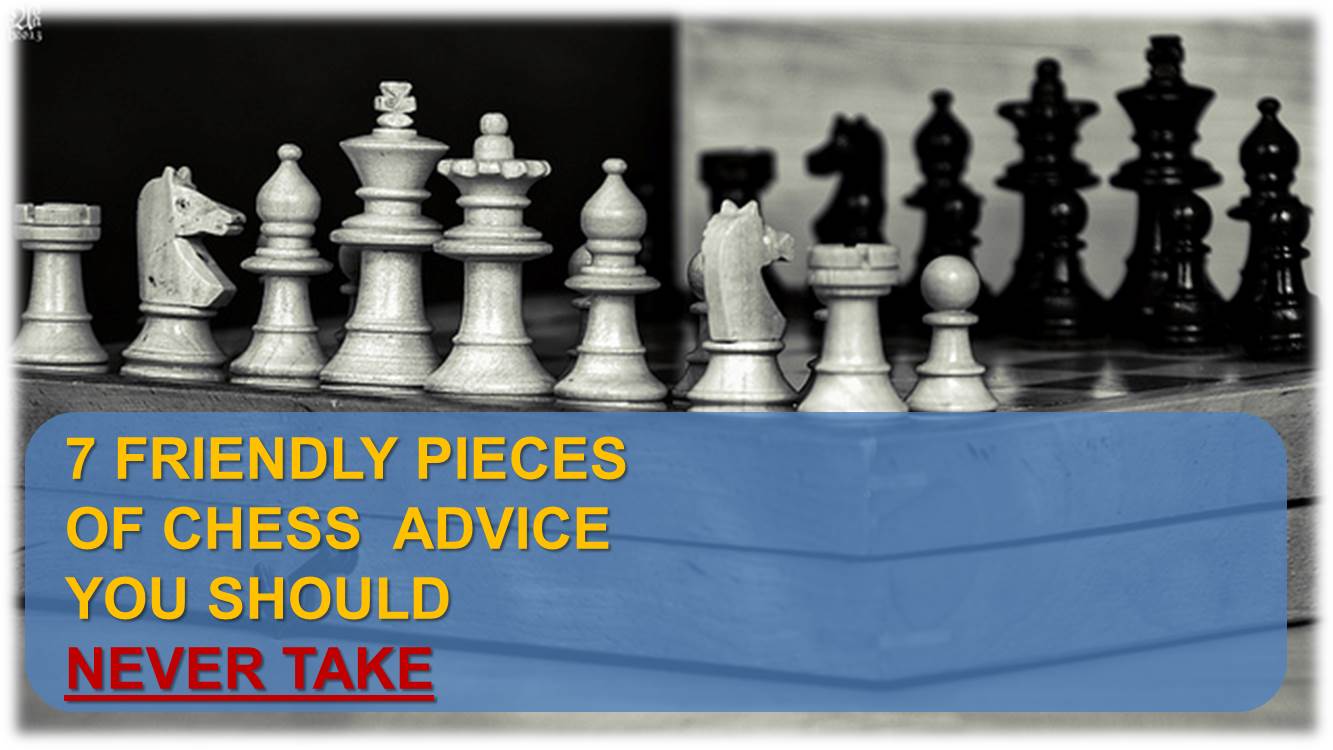 Many players like to give you an advice when it comes to chess. A good advice is priceless; it can help you to become a good chess player quicker.

However, a bad advice can slow down your improvement process and even make you disappointed in your chess abilities.

Here is the list of 7 common friendly chess advice you should never take:

1. Play a certain opening since I’m successful at it

Playing somebody else’s opening repertoire is a terrible idea. First of all, if somebody is successful with an opening it does not necessarily mean that you will be as well. All chess players are different. They have different thinking process, different style of play and even different types of positions they consider favorable. Suggesting everyone to play the same openings is the same as telling that everyone should wear 10th size sneakers.

I will give just one example. For a positional player it will be a total disaster to play the razor sharp lines of Dragon Sicilian or Meran. At the same time an attacking player would feel like a fish out of the water playing quite, positional lines of Petrov’s Defense.

Opening should be picked according to player’s personal strengths and the ability to understand certain positions better than others, to capitalize on that and win the game. 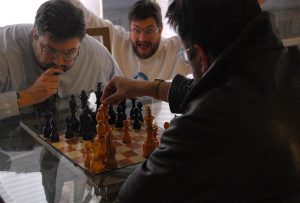 How many times did you hear somebody saying that you losing games because you did not attack and sac pieces? Again, just like with the openings, there is no universal rule that suggests that you need to attack all the time in all positions. In fact if you do, you’ll most likely lose even more games. The decision to attack and to sacrifice material should be solely based on the position on the board, not you mood or aggressiveness levels. Suggesting someone to attack in a position that he should actually be defending is like pushing to commit a chess suicide.

Same goes to sacrificing the pieces. Of course, you need to play actively, but sacrifice is something that should only be played in a favorable position, not just to follow somebody’s advice about usefulness of sacrifices in general or for putting a checkmark next to the ‘sac’ box.

Always base your chess decisions upon positional factors on the board. You may want to check out one of our previous articles What Chess Move to Play When You Don’t Know What to Play 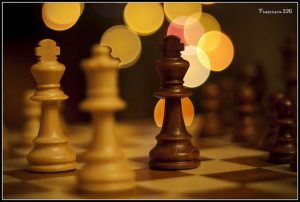 There are many misconceptions about that ‘resign early’ principle. Novice players observe the grandmaster’s games and think that if they resign immediately after losing a piece that means you should as well. If you add to the equations a common friendly advice to ‘resign in dead lost positions’, novice players get totally confused and start resigning in the positions which are drawn, equal or even won for them. First of all, it is hard for a novice player to judge correctly about a position being dead lost. In many cases loss of a piece on the novice level simply means that now it’s your opponent’s turn to blunder. If you resign, you will take that chance away from him.

Never take the advice to resign early and remember what Tartakower said ‘no one ever won a game by resigning’! 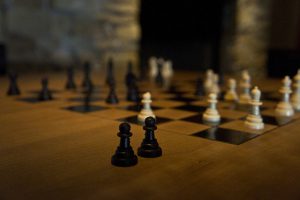 4. Play faster in the opening to save time and to boost your confidence

This is another strange idea which club players borrowed from Grandmasters and fellow players who say that you should play fast in the opening to save time and boost your confidence. What these players don’t understand is that Grandmasters spend many hours analyzing the openings (most of their preparation time), and most likely already played these lines hundreds of times. It makes sense for them to play rather quickly to save valuable time for the middle game thinking.

The amateur players, however, need to be careful when playing the opening. They often play the moves so quickly that they get overconfident and don’t realize that the opponent has deviated from the line, changed the move order or the opening has already ended but they still keep playing fast in the middle game. That’s a perfect recipe for a chess catastrophe.

Take your time and don’t rush your moves. There is a lot higher chance to make a mistake in the opening and lose the games rather than to run out of time later on. You may want to read this article about managing time at chess. 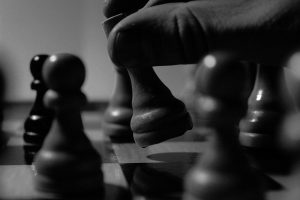 5. Hiring an expensive coach is an easy way to improve

The truth is, whether you’re hiring an expensive coach or not the main job that needs to be done to improve as a chess player is on your shoulders. The coach can guide you through the process; he cannot do the work for you. He can help in finding your weaknesses, help in building an opening repertoire, showing some bells and whistles of preparation and game analysis. But you are the one who will need to do the work such as games analysis, tactics solving, endgames, etc.

At the same time, keep in mind that there are many strong and very strong players that get where they are without any coach’s help. The brightest example is probably the all-famous Bobby Fischer. 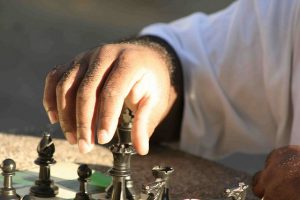 6. Play as many blitz game as your can to improve your chess

Many strong players, when asked how they achieved that level, answer that they played a lot of blitz. So, novice players naively assume that by playing internet blitz for hours it is possible to reach those dreamed of 2000 and 2200 ELO in standard chess (here is a little guide for that will help). Some players even go further, listing advantages of playing blitz such as improvement in tactical vision, opening play, strategy and so on. In reality playing blitz does not do much for you standard time control chess.

I’ve seen many player who are still trying to switch from blitz to the classical time control chess, losing many games and claiming that they moved too fast, missed that tactic and did not know how to play that endgame. How would they? In blitz there are none.

In conclusion, unless you are Nakamura, blitz chess won’t do miracles for your chess. You can play it from time-to-time for fun. But don’t treat it as any sort of chess training. 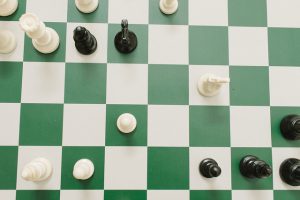 7. Play faster when your opponent is down on time

Just imagine your opponent has only 20 seconds on his clock, while you have half an hour. It is very tempting to start moving faster, since these 20 seconds is what separates you from so desired win. Many players and even chess coaches suggest speeding up you chess, when your opponent is in time trouble.

I remember one time I was a victim of that wrong idea. In the tournaments I played, an opponent was in a serious time trouble. At the same time, my position was a bit superior. I started moving quicker trying to make him spend valuable time. As the result, I blundered severely and resign few moves later, with him having just 10 seconds on his clock.

I lost the game, but I have learned a valuable lesson: when you’re up on time do not start racing the clock! Instead, you should take you time, think, and then let your opponent deal with all complications over the board in those 20 seconds that he has left. That’s a correct way to maximize your winning chances! 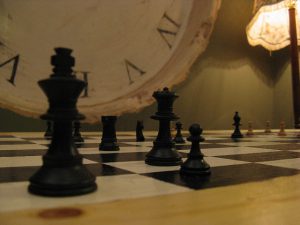 Your suggestion that Bobby Fischer didn’t have a chess coach is just wrong. Now it is true that every player has to do the heavy lifting for themselves, coaches don’t analyze and play moves for you during your games, but they are still helpful as mentors proving proper guidance. Bobby Fischer’s coach was USCF master John W Collins who also mentored William Lombardy and several other future Grandmasters.

If you check the sources Fischer himself claimed that he did not have a coach and did not need one.

“Bobby Fischer did not have private chess coaches. While the Russians he was challenging would have entire teams of coaches instructing them from the time they were young, Fischer achieved his greatness alone reading books.”