7 Must-Know Tactical Patterns for Under 1800 Players 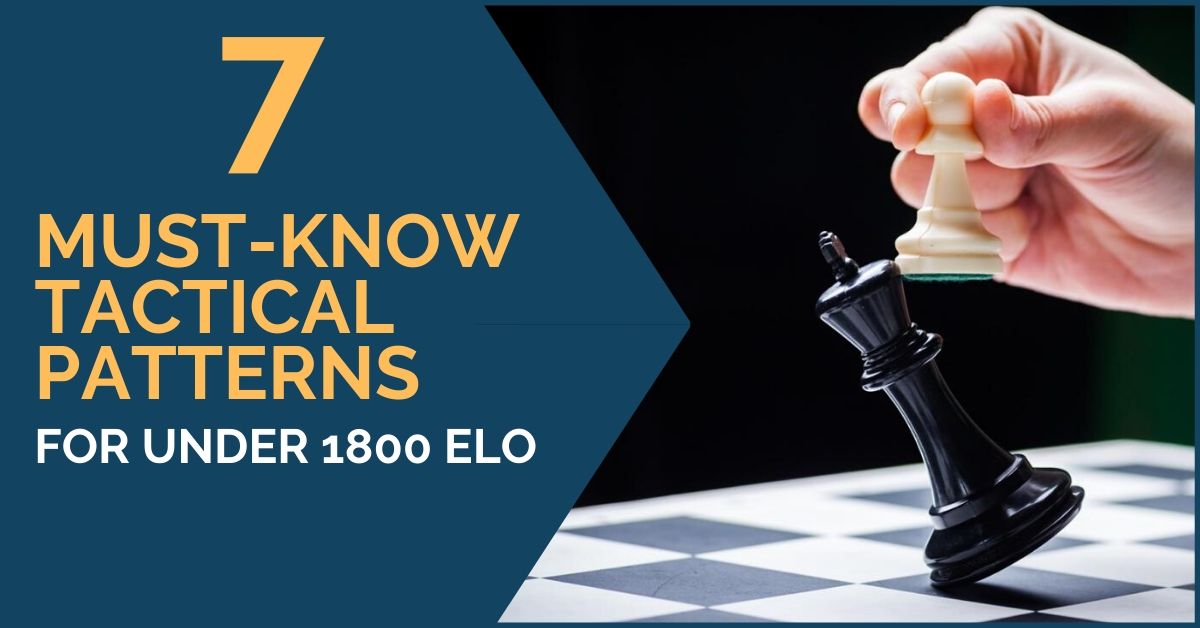 Tactical Patterns: In order to get better at chess, one needs to build up and polish a number of skills. All of them are important, but tactics are probably something you can’t do without. No matter how good you get at strategic play, it can all go away with one bad move that overlooks a tactical possibility. Tactics and strategy go hand in hand in chess and to increase your level you’ll need to improve both. First of all, you have to familiarize yourself with the simple tactical patterns, such as double attacks, pins, discovered attacks, elimination of defense, decoy, etc. Solving simple tactics based on certain patterns will allow you to improve your tactical vision, which will make tactical opportunities easier to spot during your games. Once you’ve mastered the simple ones, you can move on to more complex, must-know patterns, for the improving player.

Here are some of them:

1. The sacrifice on h7, also known as the “Greek Gift” sacrifice

The point of this tactical operation is to break open the opponent’s king defenses and thus create a lethal attack. However, this cannot be done in just any position.

There are a few conditions that make it possible and after studying this idea in-depth you will be able to spot it even in more complicated situations. If you’d like to find out more, you can start with our previous article on this subject. 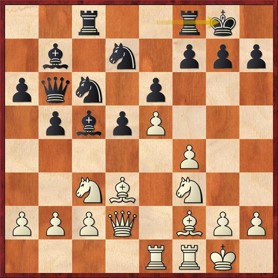 Taking the idea of blowing the opponent’s king open even further, this tactical pattern involves the sacrifice of both bishops. It usually starts as a typical sacrifice on h7, only for a second surprise to come right after it – another sacrifice, this time on g7.

It requires good calculation skills, but it is a very powerful tool when used at the right moment.

Again, there are a few features in the position that can indicate the possibility of this idea and you can read more about it and go through some instructive examples in our previous article.

The following diagram shows this idea clearly. Black to play: 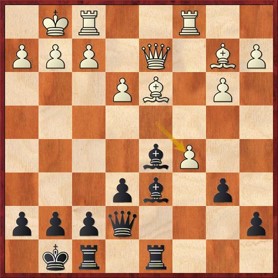 As the weakest point on the chessboard, there is no wonder that f7 falls prey to many attacks and tactical ideas. This sacrifice is often used against the uncastled king, but it can also be a tool for weakening the castle and opening up the dangerous a2-g8 diagonal.

The following position is a good example of how it could typically go. 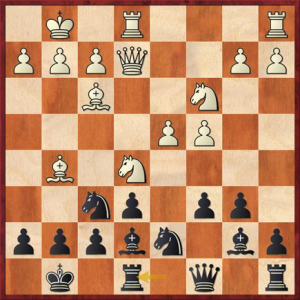 This tactical idea is, in fact, based on one of the simplest tactical patterns – the discovered check. However, the windmill is far more powerful, as it consists of various discovered checks from which the opponents cannot get away.

In the following position white employs beautiful tactics based on this idea: 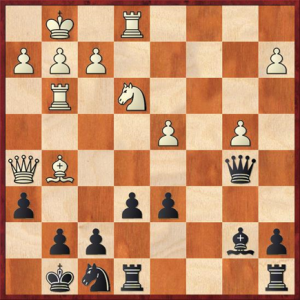 This beautiful mating idea takes advantage of the bad position of the opponent’s king and involves the sacrifice of one and sometimes even two rooks in order to ultimately bring the queen into the attack, with deadly consequences. To make this possible, it is important to have the square h7 (h2) under control.

This is usually possible thanks to the presence of a pawn on g6 (g3), but the setup can vary.

Here is one example brought to you by GM Alexandr Fier. White to play and win: 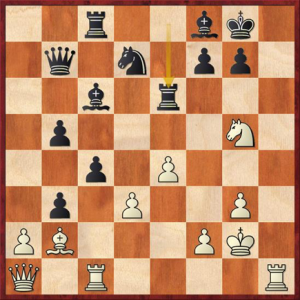 Many combinations against the castle are aimed at breaking the king’s defense and eventually mating it. Extracting the king, however, refers to actually forcing the king into the battlefield. This is a very important tactical idea and, although the means are usually different, studying it will help you identify such possibilities in your own games.

My favorite example of king extraction was played by Edward Lasker in the following game: 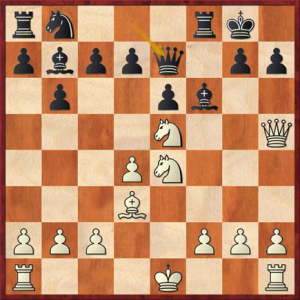 This last category may come as a surprise to you, but it is important to remember that tactics are possible throughout the whole game, not only in the middlegame. In fact, they can sometimes help you pull out a miraculous game save: 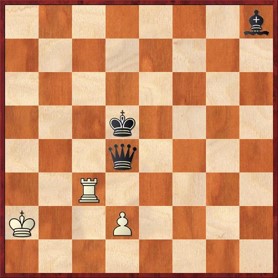