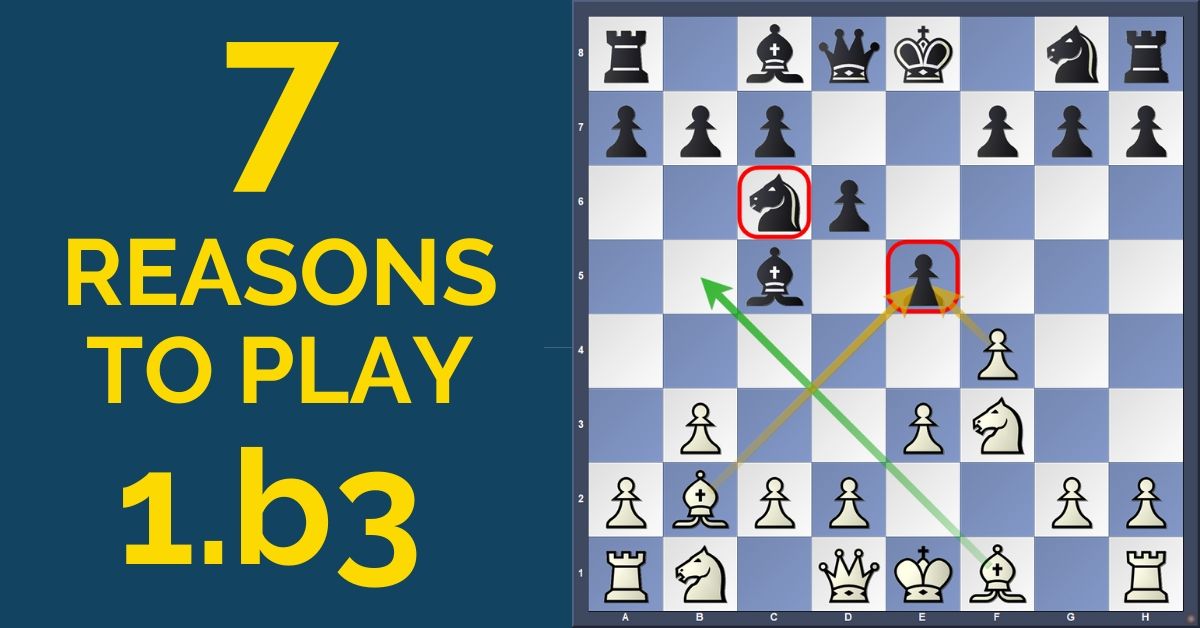 1.b3: “What should I play today” is one of the most common questions among chess players. Even if you have a clear repertoire, it always happens to find that one opponent who plays exactly the line you feel most uncomfortable with.

It would be ideal to be prepared for this kind of situation and have a backup plan – an opening that you can play from time to time and take your opponent on your own ground. An opening that can bring the element of surprise to the board and get you on comfortable grounds.

If you don’t know where to start in your search for a new opening, here we are with another short presentation of an interesting choice for white – 1.b3.

Not familiar with this idea?

Here are a few reasons why 1.b3 might be just the right opening for you:

If taking the opponent on a known territory for you and less comfortable terrain for him is what you are looking for, then this is probably the opening for you!

By starting with 1.b3, your intentions will not be clear from the very beginning. However, you can transpose later on to many other openings that your opponent could be uncomfortable with. For example, depending on how he develops, you could choose to go into a Reti or perhaps positions of the Queen’s Indian with which the opponent might not be familiar.

As we mentioned before, 1.b3 allows many transpositions. This is a great thing, as you can strive to get into an opening where the set-up your opponent has chosen might not be the best one.

You can also decide during the game what type of play you want. It is not only 1.d4 transpositions that you can get (for example Anti-Queen’s Gambit, lines with e3, Tarrasch) but also Sicilian, Hedgehog-like structures.

It is a positional opening where you can maneuver around, improve your pieces, and go for a long game where you can eventually outplay your opponent.

There is very little theory compared to other lines. As you have probably already figured out by now, this is not an opening where you will need to know many moves by heart. Rather than that, you will need a good understanding of the arising structures and of the plans that are suitable for each position.

Your opponent might be uncomfortable. It always depends on the style and types of positions your opponent knows best, but this move order could take him out of his comfort zone.

It might not be so difficult to handle these positions for a 1.d4 player, as there are many possible transpositions and the schemes that arise are familiar to players who choose closed positions. However, for a King’s Indian player, for example, it might not be so simple to find the right set-up in those positions.

It could, of course, be a big surprise to your opponent to face 1.b3 when expecting a completely different opening. Although you might think it is not such a great deal, the surprise element should never be ignored.

Your opponent will be forced to think for himself from the very beginning, waste time, and find a set-up to play for the rest of the game.

7. Played at the Top Level

It is an opening that has been played by many very strong players whose games could serve as inspiration for your future games. Some of them are Georgian Grandmaster Baadur Jobava, Peruvian Grandmaster Julio Granda, who played it with great success during a certain period of his chess career, and the classical player Grandmaster Bent Larsen, who is actually the one to give the name to this opening.

He was a firm believer in the value of surprise. He also was not afraid to try new, unorthodox ideas over the board.

Ready to add 1.b3 Secret Weapon into Your Repertoire?

FM Krykun has literally given us the entire 1.b3 system he himself uses to avoid theory and stack up massive winning margins as white in tournaments. 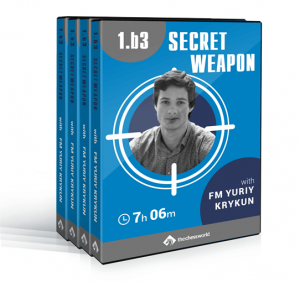