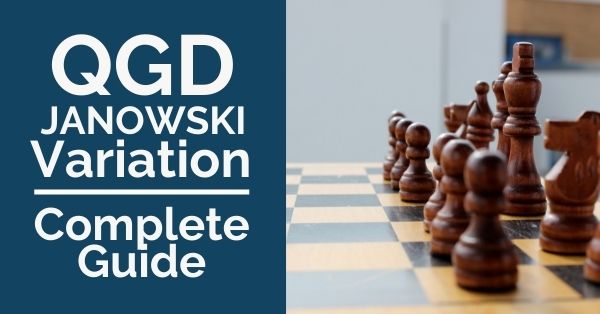 The Queen’s Gambit (1.d4 d5 2.c4) is one of the most popular openings in chess. It is appreciated both by amateurs and strong players and we see it at every top-level tournament. Black can choose between many set-ups, with the main decision being made as early as move two – accept the gambit or not? Both options are fine, with the Queen’s Gambit Accepted making a comeback at the top-level lately. Black’s position is solid and there are a few tricky lines if white doesn’t know exactly what they’re doing.

In this article we’re going to take a look at one particular line in the Queen’s Gambit Declined variation, where black replies with 2…e6. This is also known as the Orthodox Variation and for a while, it had the reputation of being a passive choice against the Queen’s Gambit. Black is locking the light-squared bishop in and has to deal with the temporary lack of space.

However, the plan is to strike in the center by means of either …c5 or …e5, depending on white’s set-up. One set-up that has become very popular lately is the QGD Janowski Variation, which appears on the board after the moves 1.d4 d5 2.c4 e6 3.Nc3 a6: 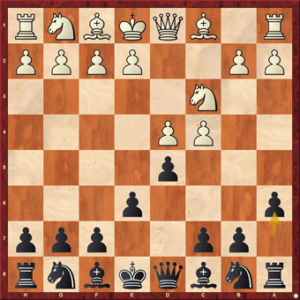 This variation used to be considered harmless and quite passive. However, recent games have shown that black has some very interesting ideas. Its popularity suddenly rose recently, when World Champion Magnus Carlsen started using it in his games. Far from harmless, this line can turn sharp pretty fast. So, let’s dive in!

The line is named after the very strong master Dawid Janowski, who was one of the world’s best players at the beginning of the 20th century. He was a very dangerous attacking player and produced a few flashes of brilliance throughout his career. In 1910 he challenged World Champion Emmanuel Lasker for the supreme title but lost the match.

However, when in good shape, he could be merciless and is one of the only players (together with Tarrasch) to have defeated all four World Champions – Steinitz, Lasker, Capablanca, and Alekhine. Apart from this line in the Queen’s Gambit Declined, he has another opening named after him – The Janowski Indian, which is still used nowadays as a surprise weapon.

He played 4…a6 against the Queen’s Gambit a few times with mixed results. One of his most memorable games in this line has to be his win against Steinitz, a game that he won in style, true to his aggressive style: 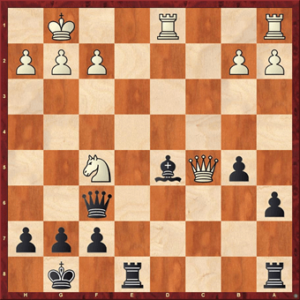 Here he continued with move 23…Bxg2, a sacrifice that can be refuted with correct play, but Steinitz couldn’t find the only defensive resource available. The game continued with 24.Kxg2 Rac8 25.Qd5? Re5 26.Qd7 Qxf5 27.Rac1 Qe4+, after which white’s king is wide open and eventually got mated on g3 some moves later.

Another game that shows one of the black’s plans and how to achieve domination on the queenside is his game against Francis Lee played in the same tournament in 1899: 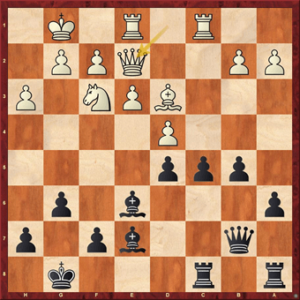 White has just played the move 20.Qe2, probably underestimating black’s chances on the queenside. The game continued with 20…c4! grabbing the space and eventually outplaying his opponent:

After this tournament, many other strong players tried his idea. Alekhine, Euwe, Rubinstein, and Polugaevsky are just some of the names who have employed the QGD Janowski Variation in the Queen’s Gambit Declined. The line still didn’t quite have a big success until recent years, when Magnus Carlsen started using it, but this time with great success.

Now that we’ve seen more or less the kind of position that black wants to achieve, let’s understand what move 3…a6 wants; what is black’s plan? First of all, this move asks white a direct question – what are you going to do about the pawn on c4?

In the Queen’s Gambit white sacrifices a pawn on move two with c4. But, as the Queen’s Gambit Accepted shows us, this pawn on c4 is not something black can hang on to for too long. Usually, white gets it back very fast and has very little to worry about. However, once …a6 is on the board, the threat of …dxc4 becomes real.

Now black can actually win the pawn and defend it with …b5. If white plays the natural-looking 4.Nc3, black will reply with 4…dxc4 and support it with the b pawn. White’s most natural reply here is 5.a4, stopping black’s idea, but now, after 5…Nc6 black will defend it by means of …Na5: 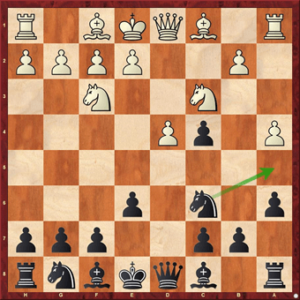 White can eventually get the pawn back with correct play, but black will keep a comfortable position.

However, it is easy to go wrong with white, and black has some interesting ways to play at their disposal. The following game by Romanian Grandmaster Constantin Lupulescu shows one of the resources black has in these positions – sacrificing the exchange on a8: 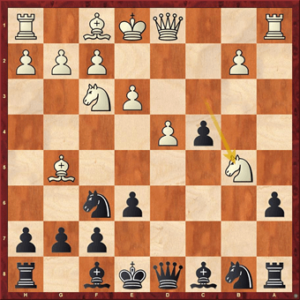 Here black can take the knight on b5! You can often see this idea in some lines of the Queen’s Gambit Accepted (2…dxc4), but it works even better in this position. The fact that the dark-squared bishop is cut off from d2 gives black great play. As you will see, there are a few tactical ideas available and white’s king can’t easily get into safety.

Of course, white doesn’t have to play 4.Nc4 and can easily avoid this small trap. In fact, the most common move after 3…a6 is 4.cxd5. But white has now shown their cards and black knows exactly how to react. And here we get to perhaps the main reason behind black’s third move – black wants to make a useful move while waiting for white to decide how they’ll deal with the threat of taking on c4. Once that is clarified, it is generally easier for black to know how to place their pieces.

In addition, the fact that black has a pawn on a6 can be useful for a number of reasons, but the number one reason is that it will help support the advance of the pawns on the queenside. Players usually achieve this expansion playing …c5, which black now plays in only one move, without wasting a tempo on …c6, and eventually …b5 and …c4 (similar to Janowski’s game above).

As this line is relatively little-known, the theory you would need to learn is little and still developing. White’s main answer is 4.cxd5, going for an Exchange Variation set-up, but it is also possible to play with 4.e3 and b3 or go for a Catalan set-up with 4.g3.

If this variation has caught your eye and you’d like to give it a go, you can start by studying some model games and trying to understand the ideas black plays for. As I’ve already mentioned, one of the specialists in this line is Magnus Carlsen, who has obtained some instructive wins in it. Other players who have used it frequently are Francisco Vallejo Pons, Dmitry Andreikin (most recently in the Belgrade Grand Prix), Shakhriyar Mamedyarov, Nils Grandelius, and Alexander Rakhmanov.