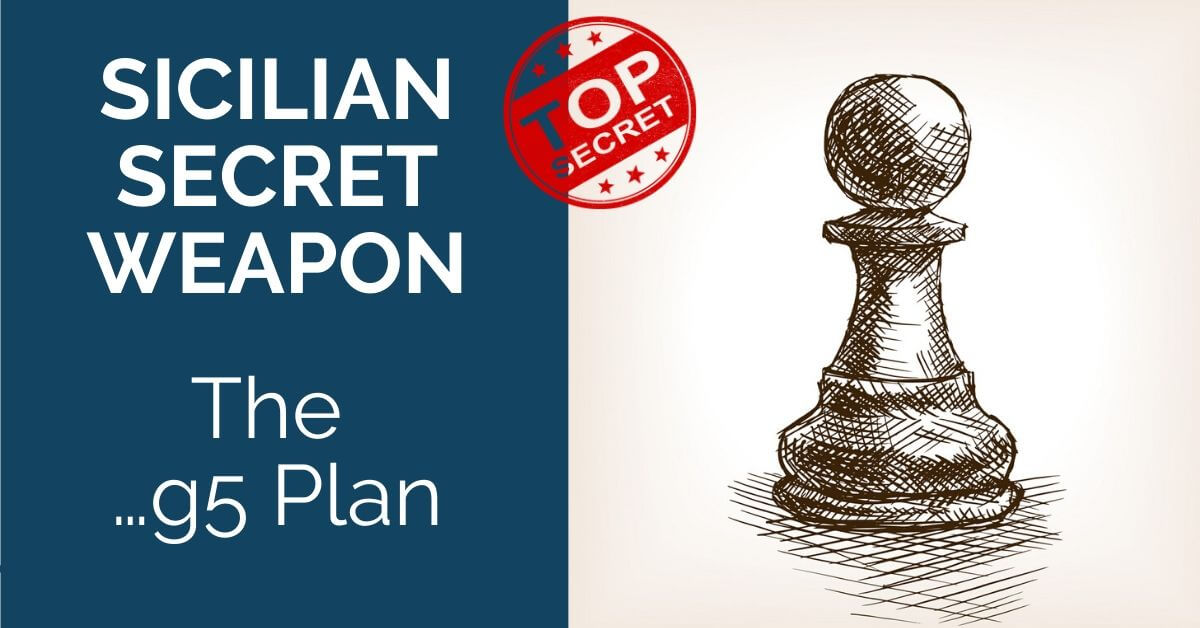 The …g5 Plan: In our previous article, we were showing you a less known idea for black in the Sicilian, castling long in certain positions. This is not the only way you could sometimes surprise your opponent and in this article, we are going to discuss another plan that many times intertwines with the long castling idea we’ve discussed previously. Castling queenside can have a double purpose – first of all, running away from any dangerous attacks on the kingside and center, but it can also be used in an aggressive way when you are preparing counterplay on the kingside.

The idea we are going to present in this article can also be included in the second category and combined with the long castle.

It is well known how important the fight for the center is and the Sicilian is no exception.

The essence of The …g5 Plan

The e5 square is usually an important outpost for black in this defense and the fight for it is quite intense. White usually keeps an eye on it by playing f4, but even in this case black has an interesting way to keep fighting for it – challenging the white pawns with The …g5 Plan! Castling short is of course out of the question now, but it is important to know that you can still play this way even if your king is in the center.

Castling long is always an option, but not mandatory. For example, in the following game, Judit Polgar keeps her king in the center and white is not able to create any threats against it throughout the game: 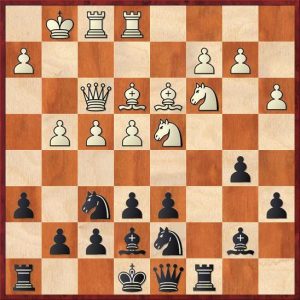 In the diagram above it looks like white is in control and, if it was his turn to play, he would indeed get the upper hand after Qh3 followed by g5, for example. However, it is black’s move, which makes white’s visually strong center only a form of over-extension. There are many tactical ideas here and Judit continued with the strong 13…g5!

The point is to break white’s pawn center and obtain an important central square for the knight on d7 – e5. After this move, white is in big trouble and the game didn’t last for much longer.

A fierce attacker, Judit convincingly went on to win the game in style: 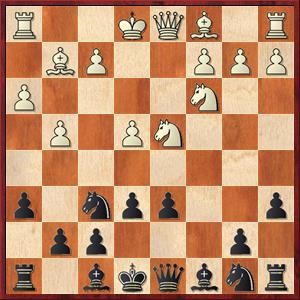 The diagrammed position arises in the Najdorf Variation of the Sicilian, where white develops with 6.h3 followed by 7.g4. Although theoretical, we chose it for the purpose of this article, as it clearly shows our idea.

White has left a few holes in his position with the kingside pawns’ advance, the most important being f4. With this in mind, it makes sense for black to fix white’s pawns. And, to secure the e5 square for his knight as well.

This said, it is no wonder that many players go for the move 8…g5 in this position. The black b8 knight is headed to e5, from where it defends everything. Moreover, it is a square that black will have for the whole game, as it is impossible for white to kick it out of there.

This is exactly what happened in this game as well, while the black king found a safe spot on the queenside after castling long.

We hope you’ve enjoyed the games presented in this article. And, we invite you to give this idea some further study as it can come in useful in your games. And, maybe even as a surprise for your opponents.

We also recommend reviewing Women in Chess: The Old and Sterile Debate.

Nice samples of g5. Much appreciated!