2 Lesser-Known Patterns In The Sicilian Defense 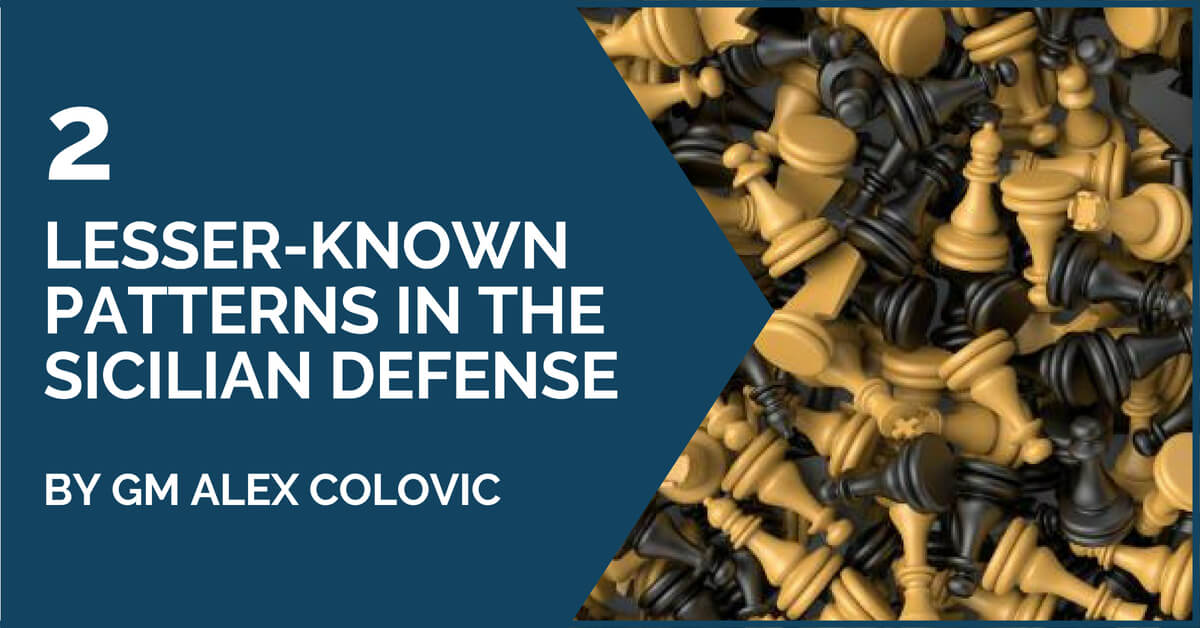 Sicilian Defense: Good chess players have a lot of patterns as an integral part of their chess knowledge. These patterns are accumulated over the years as one’s knowledge of the game expands. Most of these patterns can be found in the games of the classical players, though bear in mind that in modern times players like Fischer, Karpov, and Kasparov are also considered classics!

In this article I would like to take a look at somewhat lesser-known patterns in the Sicilian Defence, looking from Black’s point of view. In case you know these patterns, congratulations – you are most probably a player with a very good chess culture!

The move f5 in the Sicilian is most often played by White as he is attacking the kingside, but if Black somehow manages to push …f5 himself, then this move can effectively kill White’s attack. Here’s a classic example (and a must-know game for all Sicilian players!) 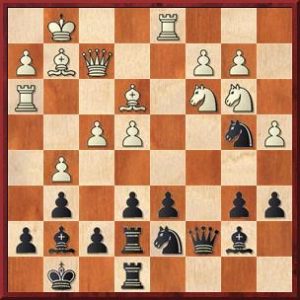 This is the position from the famous 24th game of the match Karpov-Kasparov in 1985, the game Kasparov won in great style.

Black is fully mobilized and he strikes with 25…f5! This effectively ends any chance of an attack by White and allows Black to take over the initiative. Note how the rooks on e7 and e8 are discouraging White to take exf5. After 26. gf Nf6 Black has a very dynamic position.

The move …f7-f5 also found its way into the opening theory of the Taimanov Variation. In the fianchetto line, Black uses this move to open up the game and gain counterplay in the center. 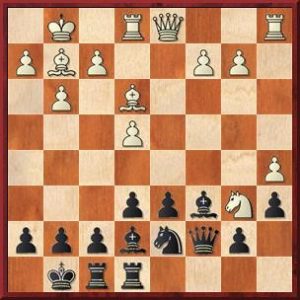 White has established a bind on the queenside and plans to expand there by c4, b4, and so on. Black has concentrated his pieces in the center and now is the right time to strike: 15…f5! This forces the exchange of White’s e4-pawn and also his fianchettoed bishop on g2.

Black will have two hanging pawns in the center, but these help him control the central squares and will allow him to gain space in the center.

The move …f7-f5 or …f7-f6 is also used in the Najdorf when Black has weaknesses on the queenside and needs to look for counterplay on the kingside. 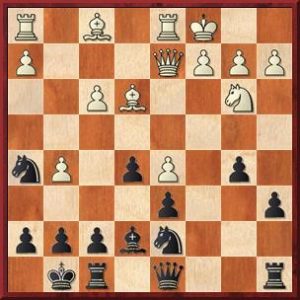 Black’s only chance is to open the game on the kingside by playing 14…f5 (or 14…f6) and after White takes he will obtain the f-file and coupled with the knight jump to f4 he can count on good counterplay. (It is curious to note that in the first recorded game in this variation, the game R.Byrne-Fischer, played at the New York blitz tournament in 1971, the great Bobby failed to grasp the necessity of the move …f5, played 14…Rc8? and was strategically lost after 15 Bh3 Rc7 16 Na5 even though he managed to win the game!)

However, here I would like to show you the move …g7-g5 as a part of a deep strategical plan. The first time I saw this plan was in a forgotten game by Bobby Fischer, played at the Havana Olympiad in 1966. 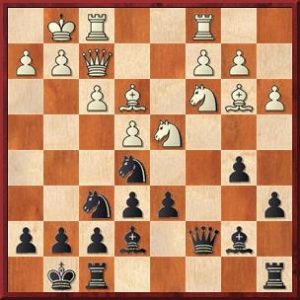 The position arose from the Sozin Variation in the Najdorf in the game Garcia Soruco-Fischer. Black is quite comfortable here but White is very solid. Fischer came up with an amazing concept. He played 14…Kh8 with the idea of …Rg8, …g5, …Rg6, and …Rag8, to be followed up by …g4 with a strong attack on White’s king. This game, unfortunately, didn’t show the full strength of Black’s plan because soon enough White sacrificed incorrectly on e6 and resigned immediately.

But Fischer had another chance to use his plan. After the Siegen Olympiad in 1970, he played an exhibition game against Sweden’s rising star Ulf Andersson. Fischer was White in this game, he opened with 1 b3 and soon enough the position on the board was a typical Sicilian with colors reversed. 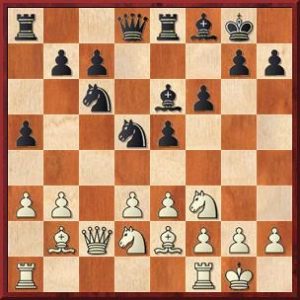 White has a good Sicilian but Black is solid and it’s difficult to come up with an active plan. Fischer already knew what to do – 13 Kh1! with the idea of Rg1, g4, Ne4, Rg3, Rag1with a strong attack on the kingside.

Fischer won the game combining threats on the whole board.

After these games, the plan of moving the king to the corner followed by a rook on the g-file and then …g5 became a very efficient way to create counterplay in positions where White’s position is solid. This most often applies to certain Hedgehog structures where White is firmly controlling the center and the queenside so Black is more or less forced to look for counterplay on the kingside.

The knowledge of chess patterns helps the player find ideas in original positions that bear some resemblance to the ones she knows. I hope these ideas that you learned here will help you in your tournament games.