The London System In Chess: On the Spotlight 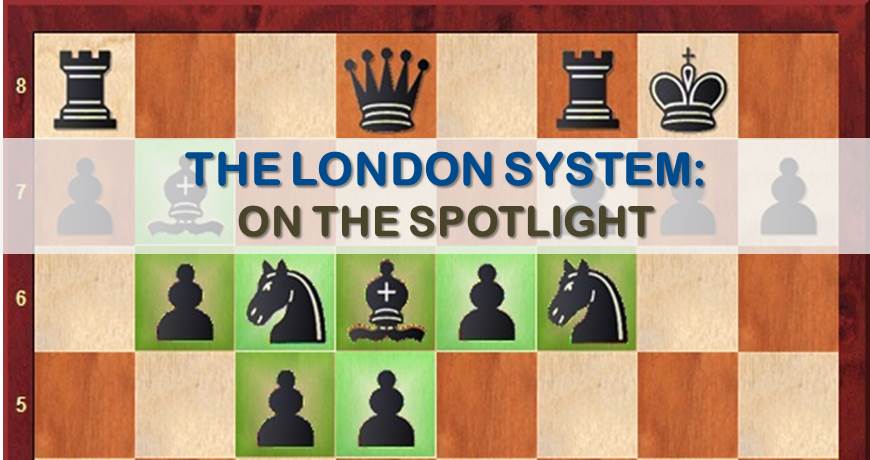 London System in Chess (meaning 1.d4 followed by 2.Nf3 (Bf4) and 3.Bf4 (Nf3), regardless of black’s response, is an extremely popular weapon among club players. It has always been considered a second-hand opening choice for white with a reputation of being dull, uninteresting, and suitable only for the “lazy players” who don’t want to learn any mainstream openings.

However, things have changed. As we have mentioned in previous articles, the modern theory is just like clothes fashion. It comes and goes depending on who wears it; or, in chess, who plays it. Gata Kamsky is a faithful adept of the London System, but nobody has been following his footsteps on this opening so far. It took a couple of games by Carlsen and Vladimir Kramnik (you can see some of their ideas in our article on the Exchange Caro Kann) for people to start trying the London. Even the most devoted 1.e4 players have been attracted to this line and have given it a try.

Despite the recent success for white on this variation, we believe part of it is due to the surprise factor and catching your opponent unprepared to meet the London that day. The surprise element definitely adds some venom to the London and that’s why we would advise you not to use it regularly, but only in specific games where you think your opponent might be uncomfortable playing against it.

Of course, now there is one big question, what to do against the London System if it shows up? It would be naive to be unprepared against this system as it most likely will appear in your tournament games sooner or later. There are several ways to play against it, but the attention has lately been focused on the setup with black playing Nf6-e6-d5-c5-Nc6-Bd6-0-0, etc. developing the c8 bishop via b7. Several strong players including Hikaru Nakamura and Michael Adams have shown the way to fight back against this rock-solid opening.

The setup for black 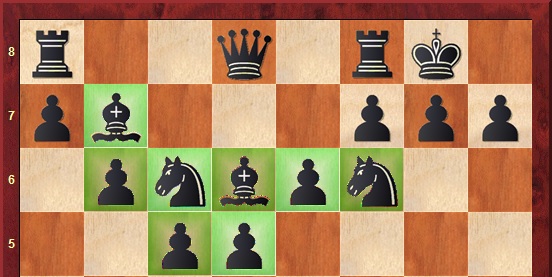 In this article, we are going to have a closer look at this setup with three recent games played at the highest level. The opening verdict hasn’t changed from what we already knew, black seems to be equal or at least very close to equality. However, in an opening where simplifications are avoided, there is always a tense struggle in the middlegame.

Our first example is from the recent Tata Steel super-tournament, where Karjakin as white (an all-time 1.e4 player) decided to try the London against the experienced Michael Adams. Karjakin played it in the most aggressive way, delaying the castle and throwing the kingside pawns at the black king. Michael Adams organized a strong counterplay and put Karjakin’s plan in doubt. See the details here:

The second game was a battle between the London specialist Gata Kamsky against the strong Grandmaster from Ukraine Anton Korobov. Things didn’t go well for white either, as he couldn’t break through black’s defenses and rushed into a dubious attack.

Looking more into the depths of this system, there is one big trap you should be aware of. We have to admit it’s a beautiful tactical trick for which any player of any category could easily fall if he doesn’t pay attention.

In our next example, we will show the game Kamsky versus Shankland in which black fell for a sort of less known tactical trap. Our advice is to avoid getting into this position, of course.

As you can see, the system shown for black here seems reliable enough and not too difficult to play. You still have to pay attention not to stay too passive because white’s attack on the kingside can be dangerous sometimes. We hope you have enjoyed this reading and from now on you will have a new weapon against the London system!

Looking for more on London System? Here is The Complete Guide, 5 Reasons to Play It as well as This Opening with GM Marian Petrov [TCW Academy].

Ready to start winning games with London System? Check out our store and articles: