Surprising Your Opponents in the King’s Indian 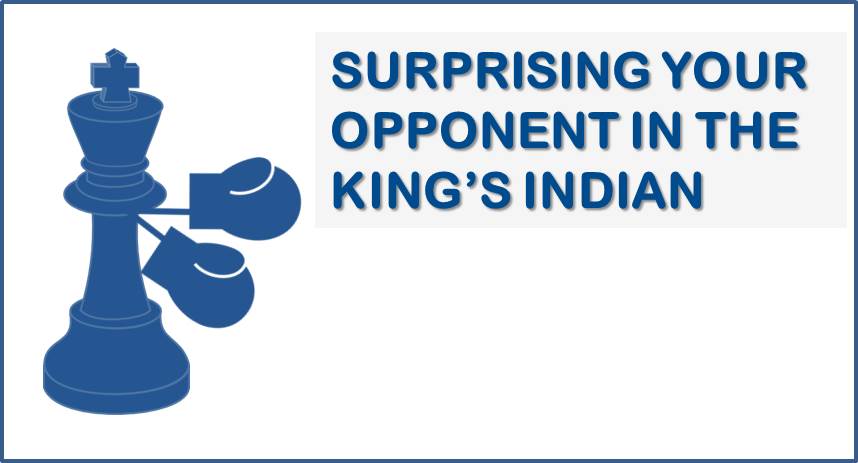 King’s Indian: In this new age of chess where you need to keep an open mind towards the openings and be smart to sidestep your opponent’s preparations, it is useful to be aware of every sideline in the most popular openings.

Computers have demonstrated to us that there is no such thing as an unplayable opening; that’s a primitive thought. Nowadays every second line contains a dose of poison because with the help of engines we have discovered that those openings regarded as better for white/black are just complicated positions and there are plenty of ideas in each of them. In this article, we will show you a new “old” weapon in the King’s Indian.

The line in question starts after the moves:

Wait… this is not a King’s Indian, you may say. We answer: not yet! With the move 2…d6 black discourages the move 3.Nc3 because then 3…e5 is a possible line, known to be okay for black. Therefore, the majority of players choose 3.Nf3. Note, 3.Nc3 is also possible, and black can choose the move we mentioned, 3…e5, or continue with 3…g6, but this is not part of this article.

So after the move: 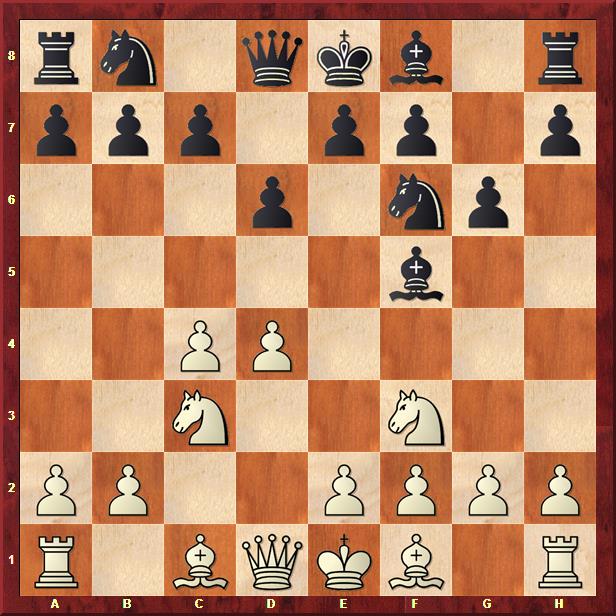 This move is highly underrated in our opinion. Black prevents e4; it’s that simple. If white decides to go for the fianchetto, then the black bishop on f5 is well developed anyway. Black can try tricky ideas with Qc8-Bh3 or he can play it safe with c6 later on as we have already mentioned here.

So, in order to get e2-e4 played, white’s most logical reaction and possibly the first attempt of your opponent will be to remove the bishop from f5. The most natural way to do this would be by playing 5.Nh4!?, which is also the most played move according to our database. However, there are other continuations as well that you need to take into consideration. For example, white can play 5.d5!? with the idea of Nd4 followed by e4. He could also try 5.Ng5!? with the same idea of achieving the move e2-e4.

We proceed now to show you some examples of each of these moves in the hands of strong Grandmasters. We comment on the main key points of the opening.

Our first example on the move 6.Nh4 is the game Sakalauskas – Van Kampen played in the Riga Open in 2013. We chose this game because it shows what can typically happen in this variation. White plays in the same way as in the main lines of the King’s Indian, but black is a tempo ahead with Bd7. That has to count for something!

The move 6.d5 is tough to meet, but the game is complex enough for both sides to have their chances. The positions arising are typical from the Petrosian variation of the KID. There are different ways to play and it’s hard to tell what the best is.

Finally, 6.Ng5 was played in the game Kramnik – Vachier-Lagrave, Tromso 2014, so it is necessary to take a closer look at what happened in this game. White introduced a strong novelty that sets difficult problems for black to solve, but everything is still rather unclear.

The ideas presented in this article can be useful no matter what side you are on; as a white, you can see what the most unpleasant way against this system is, while as a black you can learn how to complicate matters and take your opponents out of the book. We hope you found this useful, thanks for reading!

Want to know more about King’s Indian? Look at Off Beat Lines in This Opening: 6…Nbd7.

We also recommend reviewing 5 Must-Do Things During Chess Tournament and 13 Checkmates You Must Know.